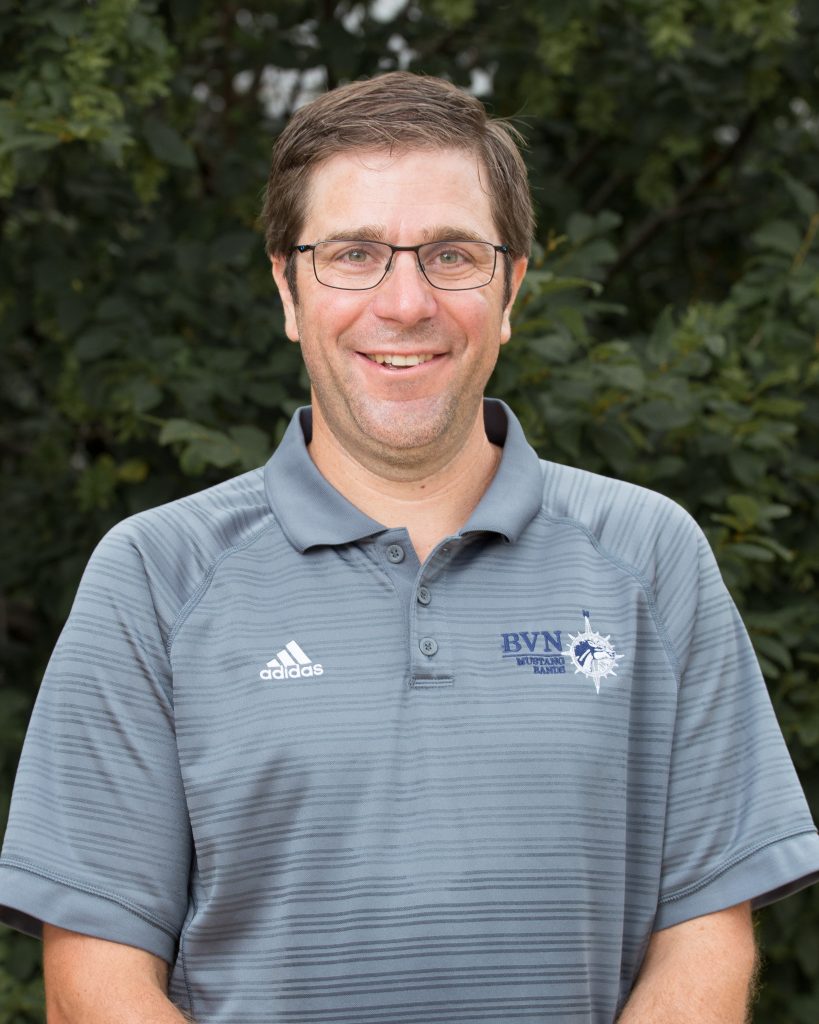 A native of Hutchinson, KS., Mr. Freeman holds a Bachelor of Music Degree from The University of Kansas and two Masters Degrees from The University of Indiana (Music Education and Music Performance.) Mrs. Freeman (Christine) is the Choir Director at Aubry Bend Middle School in the Blue Valley District.  Mr. Freeman joined the BVN Staff as Assistant Director in 2011, and became BVN’s second head director upon the retirement of the incredible Dr. Marion Roberts in 2014.  Prior to BVN, Mr. Freeman was Director of Bands at De Soto High School for 3 years, during which time the DHS band program experienced notable growth, and was selected for performance at the Kansas Music Educator’s Association Convention.  In addition, he taught for 2 years on the staff of Bloomington High School North in Bloomington, IN, and has extensive private teaching experience (Euphonium, Trombone, Tuba).  Recent accolades include the Kansas Bandmasters’ Assocation Outstanding Young Bandmaster for the state of Kansas, July, 2013; the KMEA Northeast District Outstanding High School Band Director, November, 2017; the “Inspirational Educator Award” from momentschangelives.org in May, 2018; and was named the Blue Valley Secondary Schools Master Teacher for 2019-2020.  Performance credentials include guest artist Euphonium Soloist appearances in Kansas and Indiana, a founding member of the Award-Winning Fountain City Brass Band, the Midwest Winds, a founding member and board member for the Crossroads Wind Symphony, and is on the 2008 Album Wild Nights, recorded by the University of Kansas Wind Ensemble with the NAXOS recording label.  Professional affiliations are KMEA, NAfME, KBA, and the Phi Beta Mu Honorary Band Fraternity, Iota Chapter.  He is currently the President for the East Central District of KMEA. Mr. Freeman loves relaxing and enjoying life with wife Christine, daughter Lilianna, and son Matthew, who make their home in Olathe, KS. 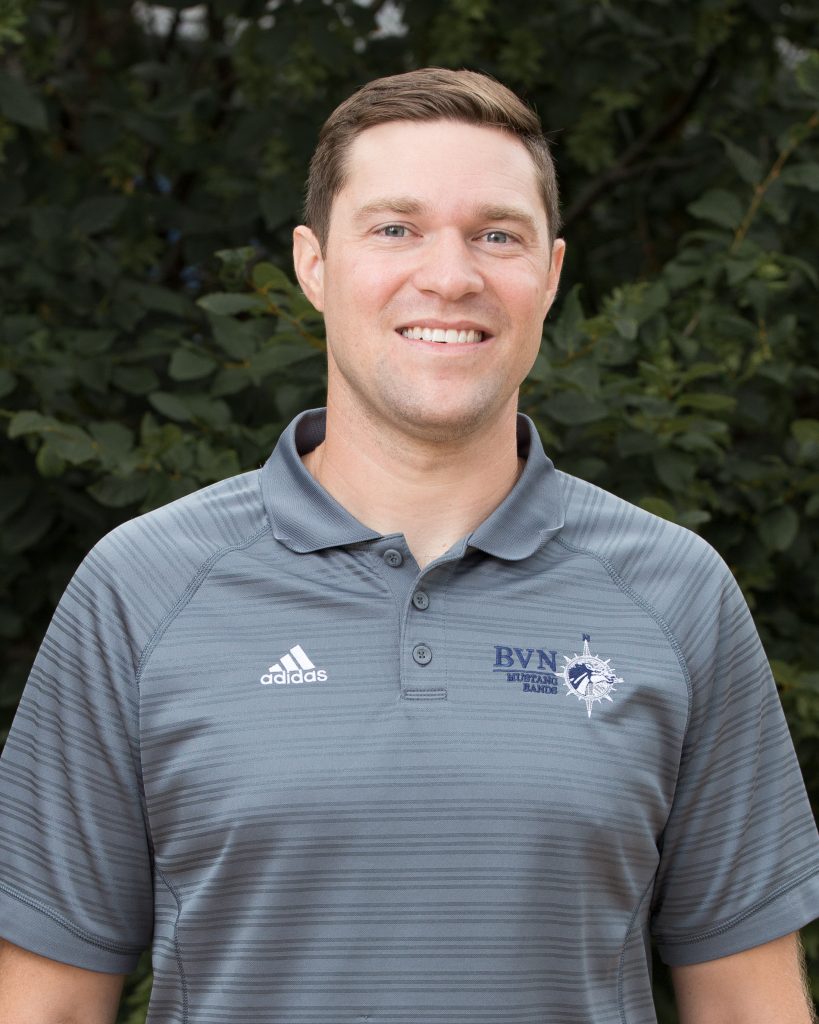 After growing up in McPherson, KS, Mr. Wagoner completed a degree in Music Education at the University of Kansas, and is currently completing his Masters in Instrumental Music Pedagogy from KU. He came to BVN in the 2015-2016 school year, after teaching for two years as the Band and Choir Director at Kingman High School, and two years as the Director of Bands at McPherson High School. While at KU, Mr. Wagoner recorded two CD’s under the Naxos label as a member of the KU Wind Ensemble (Wild Nights! and Derivations), performed with the KU Saxophone Quartet I, KU Jazz Ensemble I, and the KU Marching Jayhawks. In the Fall of 2017, Mr. Wagoner was Awarded the Outstanding Young Educator Award by the Northeast District of KMEA.  Mr. Wagoner is a member of KMEA, NAfME, and KBA. Mr. Wagoner’s wife Katie is also a music educator who teaches at Park Hill South High School and teaches private oboe lessons. They enjoy spending time outside as a family with their daughter Morgan and dogs Farley and Frankie. 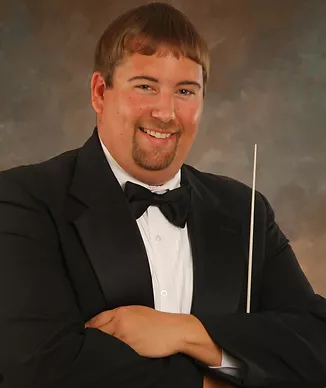 Mr. McCarty has served as the Director of Bands at Olathe North High School since Fall of 2017.  While at Olathe North, Mr. McCarty conducted the Wind Ensemble and directed the award-winning Screamin’ Eagle Marching Band.  He also co-directed the Concert Band, Basketball Pep Band, Percussion Ensembles, and assisted with the Symphonic Band and Jazz Bands.  During his time, the ensembles received numerous high rating awards and honors and finalist placements, including the school’s first ever marching band appearance in a Bands of America Super Regional in St. Louis in 2018, and a first-place finish at the Ozark Mountain Marching Festival (Reed’s Springs, MO) in 2021.  Mr. McCarty was also involved with teaching AP Music Theory, assisting with musicals, and the full orchestra winds and percussion.

Prior to going to Olathe, Patrick served as Director of Bands at Bellevue East High School in Bellevue, NE from 2014-2017. During his time at Bellevue East, Mr. McCarty directed and oversaw a very active band program, which included the award-winning marching band, concert band, symphonic band, and wind ensemble.  The band program also boasted a thriving jazz program, basketball pep band, colorguard and winterguard program, and many other performance and educational opportunities for students.  Under Mr. McCarty’s leadership, the band program grew substantially in musical quality, received superior ratings, and the Wind Ensemble was selected to perform the capstone concert at the Nebraska State Bandmasters Association 2017 Convention.

Mr. McCarty has also served as the Director of Athletic Bands and Instrumental Studies at Avila University in Kansas City, MO, from 2011 to 2014.  There he directed the athletic bands and musical pit orchestra, taught music appreciation, music education courses, and private studio lessons.  Prior to Avila University, Patrick was the Assistant Director of Bands at Lawrence High School from 2005-2010, where he conducted the LHS Concert Band, assisted with other ensembles, guided the percussion program, instructed beginning band classes, and helped assist the award winning LHS Marching Lions in several very successful years.  He was also the permanent percussion instructor at Lawrence High School from 2003-2014.

A native of Lawrence, KS and Emporia, KS, Mr. McCarty has been an active participant in all mediums of instrumental music, including concert band, marching band, pep band, jazz band, orchestra, and percussion.  Patrick is a graduate of The University of Kansas, where he earned his Bachelors of Music Education and Masters of Music Education and was a very active member of the KU Band Department.  He enjoyed his membership in the KU Marching Jayhawks, KU Wind Ensemble, and back-to-back NCAA Final Four appearances with the KU Basketball Band in 2002 and 2003.  Patrick was also a member of the Colts Drum & Bugle Corps in the summer of 1999.

Mr. McCarty has been a band and percussion clinician and adjudicator throughout Kansas, Missouri, Nebraska, and Illinois for several years.  He has served as a staff member of Dojo Percussion Independent WGI Indoor Drumline from Omaha, NE since from 2013-2017.  He has also become well-known throughout the Midwest for his marching band and pep band arrangements, which have been performed by various high school and college bands around the country, including the Arizona State Sun Devil Athletic Bands and University of Kansas Athletic Bands. 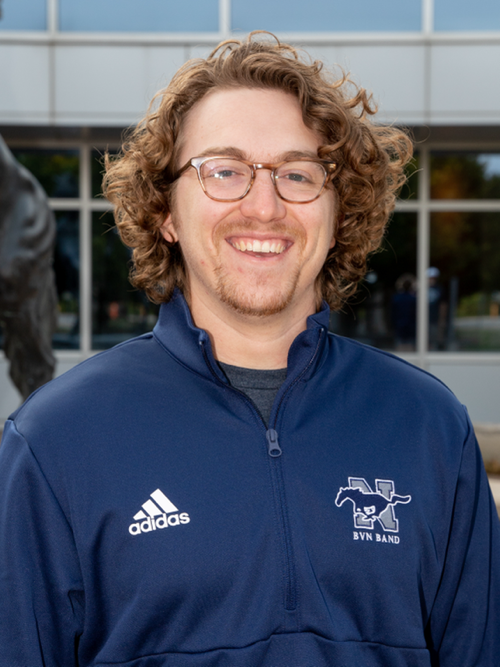 Charlie Betzelberger joined the Blue Valley North Band Staff as the Percussion Director for the 2021-2022 school year. “Mr. B” combines remarkable and empowering teaching with world class percussion knowledge and performance.  At BVN, he teaches, leads and coordinates all aspects of the percussion program, and assists with Middle School Percussion at both LMS and OTMS.  He is an Overland Park native and alumni of Blue Valley North High School.  After high school, he earned a Bachelor’s of Music in Percussion Performance from the the Berklee College of Music in Boston.  At Berklee, he was an active performer, performing with the Berklee Percussion Ensemble, Berklee Marching Percussion Ensemble, the Berklee Contemporary Symphony Orchestra, and many other ensembles. He has studied with many distinguished musicians and professors including Nancy Zeltsman, Richard Flannagan and Ed Saindon.  While in Boston, Charlie founded his own percussion quartet that focused on contemporary percussion music while incorporating the influences of modern pop, rock, and jazz music.  Since returning to Kansas City in 2019, Charlie has played percussion in many local musicals and performed with groups such as the FMO Big Band and Crossroads Wind Symphony. He is an in demand percussion clinician for schools and groups around the Kansas City metro area. 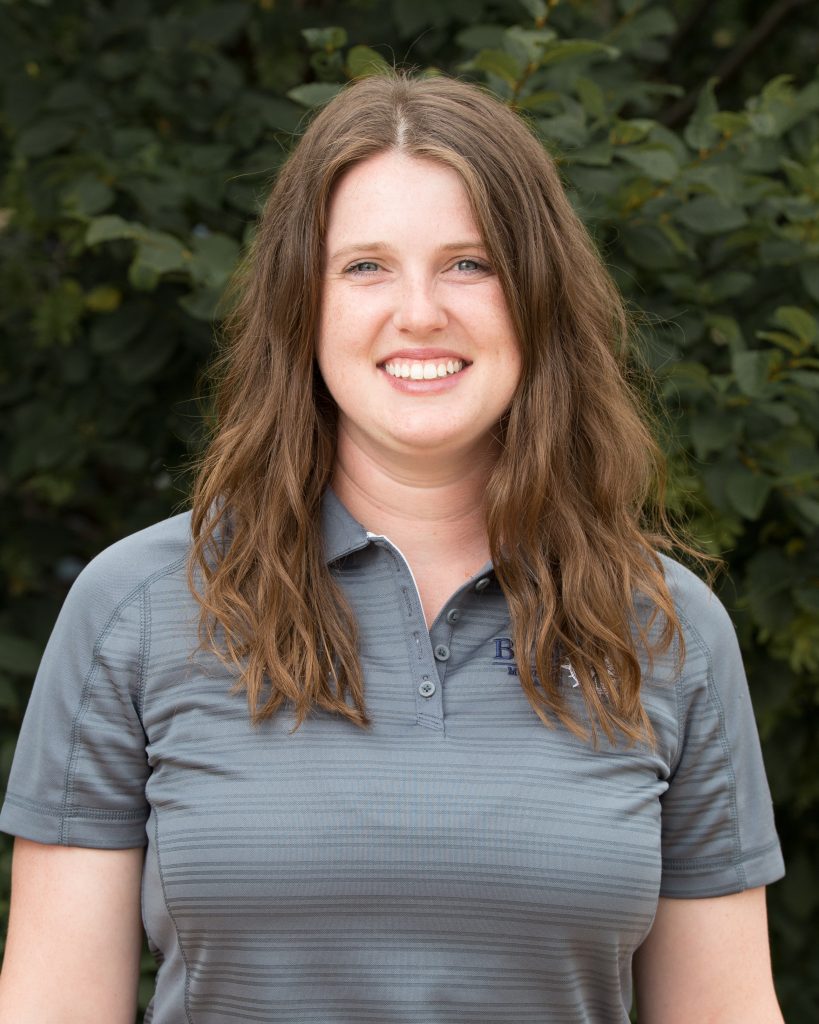 Originally from Wichita, KS, Ms. Sipes has been participating in Color Guard teams for a little over 10 years including her time on the Maize High Color Guard and the K-State Color Guard team. While on the K-State Color Guard, she served as a section leader for two years and performed at the Pinstripe Bowl, Cotton Bowl, and Fiesta Bowl. She began coaching the Blue Valley North Color Guard Team during the 2015-2016 school year and has loved every minute! Ms. Sipes holds a Bachelor in Music Education and a Bachelor of Science in Psychology from Kansas State University, and recently earned her  Masters Degree in Music Therapy from the University of Kansas. In the Fall of 2017, she completed a Music Therapy internship at the Children’s Mercy Hospital, and is currently a practicing Music Therapist in the Greater Kansas City Area. She is always looking forward to the Marching Mustangs season!

Learn more about the Colorguard!